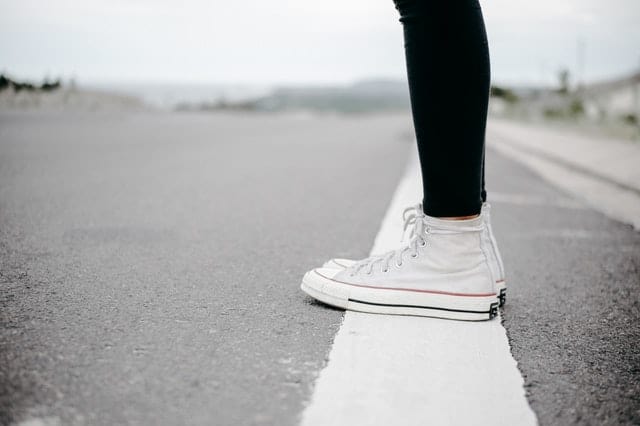 Inside: Five tips to deal with parenting struggles when you’re raising a nonconformist.

I’m a firm believer in letting kids express themselves. For the most part, I let my daughter dress how she wants. She is encouraged to make decisions for herself. We give her a lot of space and have worked hard to allow her to develop a strong sense of self in many aspects.

There are times, though, when we go through tough learnings and lessons. When you have a strong-willed, nonconformist, it can be one of your biggest parenting struggles.

It’s both rewarding and challenging to raise a child who doesn’t conform. It can be tough to figure out how and when to steer them in a particular direction. When you’ve been a people-pleaser for most of your life, parenting a nonconformist child will rock your world.

Recently, her fifth-grade class took a field trip and participated in something called Biz Town. The students applied for jobs within the Biz Town Community. My daughter applied for and was selected to be the CEO of a grocery store chain.

My parenting struggle came the night before the field trip, as we determined what she would wear for her CEO role.

You see, we got an email that evening from her teacher, asking that the kids come dressed as professionally as possible. She said not to rush out and buy anything, but do your best. And no shorts.

So, I explained this to my daughter, and I knew it would be problematic because her wardrobe consists of jeans, shorts, and t-shirts. This is the year that she put the kibosh on dresses, skirts, and anything with a frilly ruffle.

She spent the next 20 minutes showing me options; each one basically a pair of jeans combined with t-shirts covered in rainbows or peace signs.

After going round and round, (and round again) I convinced her to wear a button-down plaid shirt with a pair of jeans. The jeans were acid-washed, but I had to pick my battles at that point.

I drew the line at her wearing tennis shoes. The closest thing to dress shoes we had was a brand-new pair of black boots, so I asked her to please wear those.

She balked. I stood firm. CEOs don’t wear tennis shoes, right? Not in the Corporate World where I come from, they don’t.

Fifteen minutes later I walked by her bedroom and noticed her outfit neatly laid out on her bed, along with her white Chuck Taylors.

Again, we went round and round. And because I was tired, I almost relented. Then my husband called from out-of-town. He happened to mention, “Tell her she needs to dress for her role tomorrow.”

So I decided to stand firm on the boots.

The Conflict with Conforming

I’m dealing with a child who has a very strong sense of self. She knows who she is and has a unique way of expressing herself, from what she wears to her hobbies and interests.

And as an adult who wasn’t encouraged to truly be myself, I’ve always admired that in my daughter. I’ve nurtured it.

I WANT her to be herself. I want her to be the type of person that doesn’t conform to how society says she should look or what she should do.

However, in this scenario, she’s playing the role of a CEO. What comes to mind when you think of CEO? A buttoned-up, professionally dressed person. Right?

So if we’re teaching the kids about how businesses work and introducing them to professional roles, isn’t professional dress a part of that? Let’s be honest. How you present yourself matters. But then what message am I sending her when I force her to conform to everyone thinks a CEO should look like? Even if they are pretending for the day?

Those are the realities of the business world, even though some businesses have become lax about required attire. In fact, I’m sure there are CEOs who have a funky color of hair or dress super casual.

The trends of professional dress these days aren’t particularly relevant to the day of her role-playing as a CEO. But what is relevant is the message we send our kids:

One of my biggest pet peeves when I was in the corporate world, was when people were sticklers about self-expression. I am not talking about inappropriate dress. I’ve seen a lot of inappropriate attire in the business world and that’s a whole other topic.

What I’m talking about is someone getting uptight because I’m refusing to wear a long-sleeved jacket to a business meeting when it’s 100 degrees outside. Or if I have my hair tipped in rose gold. Or if I have a tattoo on the inside of my wrist.

So now, as a parent, if I force the boots, aren’t I playing along with the part of society that pisses me off? If I’m honest, then yes. I am.

And there’s the rub.

How to Deal with Your Nonconformist Child

So if I want her to learn to make her own rules, what is the right answer here? How did I resolve this particular parenting struggle and the conflict I felt?

It’s not always easy to manage a non-conforming child. Here are five strategies I try to remember when we’re struggling.

First of all. Take a breath. Or ten. Stop to breathe and reboot. If you’re like me, sometimes you find yourself spinning and feeling anxious about these conflicts. I think a lot of times, our parenting struggles are about our own “stuff” from when we were kids. Stop and take a breath to collect yourself. You don’t have to decide anything when you’re in the middle of an emotional parenting struggle. Sometimes you need to process.

Talk to Your Child

Explain your viewpoint and discuss what’s going on. Have a real conversation. In this situation, I didn’t shut her down. One thing I try not to do (and I’m not always successful, because parenting can be exhausting) is to say “because I said so.” I wanted to help her understand this as a life lesson. We talked about how sometimes, you do have to bend a little. There are times you need to conform. It’s not always a bad thing. And the truth is, sometimes, you have to follow someone else’s rules.

Try to See Your Child’s Perspective

Consider your child’s view. Yes, they have one. And yes, it counts. Treat them like people, not puppies. They are little humans who are figuring things out and learning how to express themselves. Don’t squash their confidence and self-esteem by automatically shutting them down any time you don’t see eye to eye. You don’t have to agree and you don’t have to give in, but you can consider and acknowledge their feelings, opinion, and perspective.

It’s okay to compromise. In fact, it’s healthy. I’m not saying you to compromise on everything. No way. But I do think that at times, it can teach children about healthy conflict resolution. In all relationships, there is some give and take, right? So I think it makes sense to teach this to our children healthily and responsibly.

Once you make a decision, try to stand firm. Once I said “boots” and then saw the Chuck Taylors, part of me wanted to throw in the towel. I almost talked myself into letting her change the shoes. Why? Because at the end of the day, did it really matter what shoes she wore? Probably not. But since we had the conversation and I was trying to use this as an example, I had to follow through. I had to show her that she can’t wear me down with her stubborn resolution. (And believe me, she tries.)

One of my biggest struggles as a parent is trusting myself. Maybe you can relate.

I struggle to trust that I’m supporting her the way she needs to be supported while balancing that with her strong-willed nature.

I think we can find a balance. We can let our strong-willed and independent kids express themselves. her to express herself. But also, one good life lesson for our kids is for them to learn is that there are times in life they might need to conform – even if just a little bit. 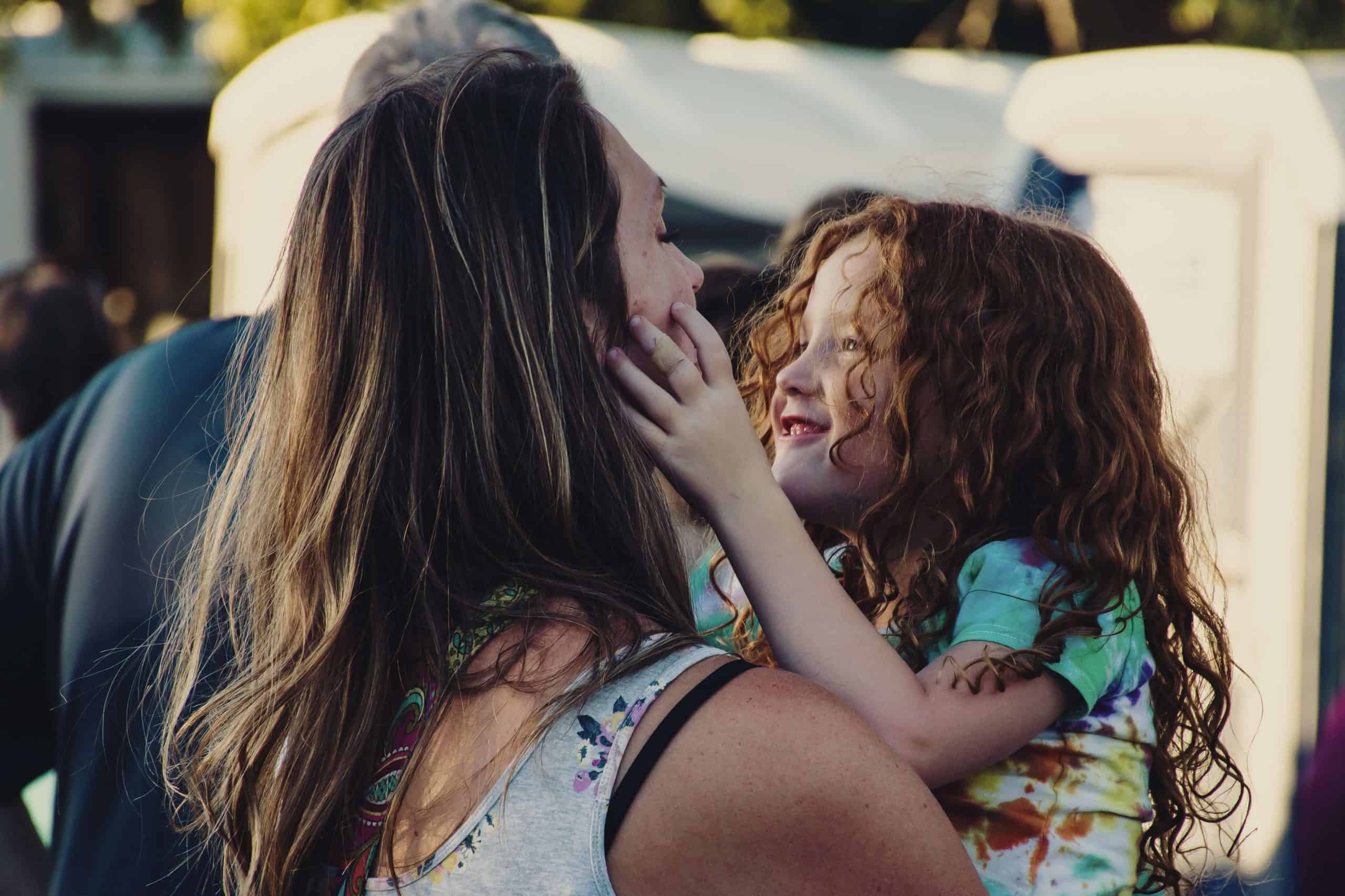 When Mom Guilt Gets the Best of Us