You might remember that recently I proclaimed 2017 as “The Year of Fun” or “The Year of Doing Stuff. Even If It Is Stuff Nobody Likes.”

Today, we began. If today is any indication of which way our year will go, then my prediction is that it will continue as  “The Year of Doing Stuff. Even If It Is Stuff Nobody Likes.”

Because my inspiration was a Facebook video of two middle-aged men roller skating with all of the rhythm and agility in the world, because it looked like so much fun, and because sometimes, I forget that I am a very inflexible and stiff-jointed forty-something, I decided this would be our first adventure.

So I fired off a text to my SIL, asking to take two of my nieces along with my daughter and me to skate.

When paying our admission, they asked if we wanted inline skates or regular skates. Duh. Regular. I am going old-school. So are the kids.

I leave the kids to themselves while I figure out the locker situation. What I figure out is that it costs me a whole quarter EVERY TIME I need to get back into the locker.

“This seems like a rip off!” I say to the very nice sixteen-year-old boy who is kindly showing me how to simply open it up.

“It’s probably best to just take out what you will need while you are here,” he says politely.

My irritation shows and looking back, I’m sure I look like a crotchety old lady to him. He is correct.

The music and disco lights fire me up! I stand and start to roll. Suddenly, I am in fifth grade again.

I am awkward. I am jerky and wobbly. I am a wall-hugger. Exactly like in fifth grade.

Nothing has changed. I suck. And I wish they made skate helpers in adult sizes. I am slightly less embarrassed and self-conscious than when I was a young girl, only because now if they say it’s time to do the snowball, I don’t have to pretend to be in the bathroom the whole time to avoid the awkwardness of standing on the wall and not getting picked for a couples skate.

The girls do pretty well, but they are intimidated and slightly annoyed by two grown men who zig-zag in and out of people, reliving their glory days of the ’80s.

Despite the use of the skate helpers, a lot of kids still end up biting it. Hard. It’s kind of funny.

After an hour and $38 later (including locker fees), we have had enough. Daughter is grumpy, Niece 4 is a little concerned about falling and Niece 3 is pissed at the speed skaters.

We call it a day.

They agreed, then asked if we can go to Sonic.

I don’t know if they were humoring me or not.

Okay. They were probably humoring me.

How To Express Yourself in Your Daily Life 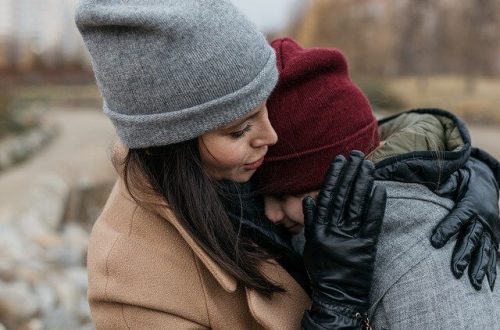 3 Behaviors That Cause Mother and Daughter Relationship Breakdown