On February 15, 1986, Billy Ocean’s “When the Going Gets Tough, the Tough Get Going” peaked at number 6 on the Billboard charts. Appropriate, since that was around the time that Oklahoma was really feeling the effects of the oil boom bust. Times got tough financially. So therefore, we had to get tougher as a family.

After the bust, construction work dried up. So my dad spent several weeks at a time working out of state for most of my freshman year and into my sophomore year as well. At one point, my Dad had to go far as Maine to get work. That was the worst.

My parents didn’t really keep a lot from us. During this time, we knew it was a struggle for them to pay the bills and the mortgage.

My mom ran our household alone with three kids while my dad was gone for weeks at a time. At one point, she broke out in hives from stress. She was juggling everything to make ends meet at home. My dad was taking on whatever drywall jobs he could find, first in Boston, then in Bangor.

I was scared and anxious, because I was constantly worried about what was happening. As a normal, hormonal teenager, of course, I butted heads with my mom. I was head-strong, defiant, and trying to overcome typical teen angst. My mom was stressed, overwhelmed, and terrified that we were going to lose our house.

We fought loud and often. I cried a lot. My brother and sister tried to lay low.Truly, it was traumatic for everyone.

Those were the years of The Cosby Show, Alf, Family Ties, Full House and The Hogan Family. We weren’t like those families. And Roseanne’s family had yet to show up. Their working-class status and family dysfunction seemed much more our speed.

I didn’t feel like what we were going through was normal. I felt embarrassed, and I didn’t talk to anyone about it.

Maybe it wasn’t healthy. But it was more normal than what I thought.

But even though those years were hard and scary and painful, I regard them with indebtedness. I’m grateful for those life lessons. They molded me. They shaped me.

So back to the song, When the Going Gets Tough, that song always makes me think of those years. I remember that we would hear that song in the car, (a metallic brown, 1972 Monte Carlo with a dented back panel) and we would joke about how it was true. Things had become tough and my parents were committed to doing whatever they could to keep things together for us.

My parents had their share of ups and downs, like any married couple. And though it wasn’t always easy to do, they kept their sense of humor. It was common for one of us to insert “Tough times build character” into family conversations. And then someone would always quip “Enough already. We have way more character than we can handle!”

We learned to laugh even in tough times. I learned to get over being embarrassed about an old car with a sagging roof lining and just be grateful that we had a car. The struggles taught me to get creative with how I rotated my clothes and creatively paired pieces when I had very few things to wear.

I learned how to stretch a few dollars to cover both lunch and food between the end of the school day and my JV basketball games that started shortly after.

When I complained to my dad that I didn’t have enough money for food, he shot back with, “How would you like to have to pay for gas in spare change? Because I had to do that today. Talk to me then.” So, I quickly learned how to put things into perspective.

Yes. Those were some trying years. But thankfully, my parents didn’t quit. They didn’t throw in the towel on us or each other.

Today, they celebrate their 47th wedding anniversary. I am reminded once again that the tough keep going. And I am grateful.

“Married But Living Apart” is Making Us Stronger 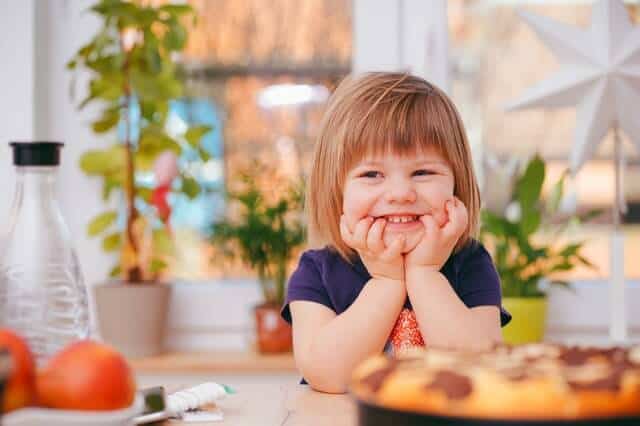